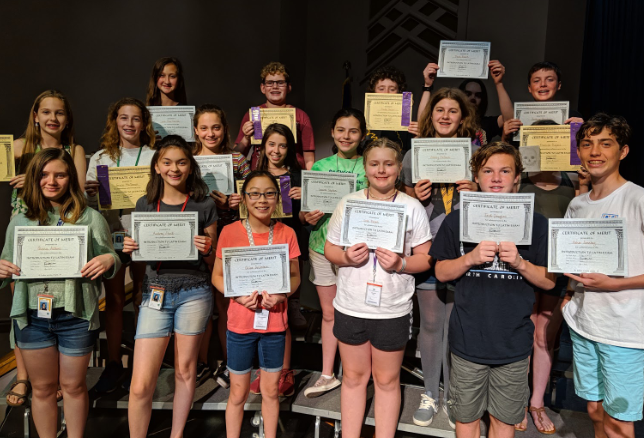 The results are in for Middle and Upper School students who sat for rigorous national Latin and Greek exams this year. Congratulations to these Ravens for their outstanding work!

A total of 108 Ravenscroft students took the National Latin Exam this year, joining more than 139,000 students around the world. An impressive 56% of students in Levels IA-V who took the exam won recognition for their scores, including six gold medals and 15 silver medals. Two Latin I students, Bennett Gillespie '23 and Sophie Thomas '23, earned a perfect score, for which they have received special certificates. See the full list of honored students at bottom. 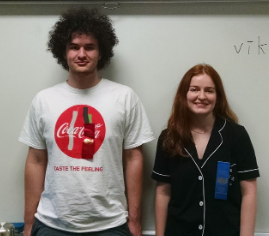 On Nov. 14, 2018, 18 Upper School students enrolled in Latin, from Level 2 to AP Latin – and one Greek student – took the National Classical Etymology Exam, which comprises multiple-choice questions about the origins of English words derived from Greek and Latin. The students did very well on this exam, earning a number of awards for their performance on it.

The Medusa Mythology Exam was administered to Upper School students with an interest in Greek and Roman Mythology in early December. The theme of this challenging exam was "Where have all the heroes gone?" and focused on the specific locations visited by Greek heroes in their their travels. Kudos to Erin Pugh '19 for earning a silver medal on a difficult assessment! Josh Youngbar '21 was recognized at the level of Corona Laurea (laurel leaf), and Vivian Avery '19 and Emma Baker '21 at Corona Olivae (olive leaf).

The National Mythology Exam was offered in late February to Middle School students with an interest in Greek and Roman Mythology. The theme of this year's exam was "The Underworld." Students in sixth grade were required to answer 30 general questions, 10 questions on the Underworld, and 10 questions on "The Crow Creation Story" from The Crow Nation. Students in seventh and eighth grades answered an additional 10 questions on Book XI of "The Odyssey." Silver medals went to Laurel Carter '23, Mikie Creedon '25, Maddy Goldstein '25, Ellie League '24 and Randi Ogan '25. Bronze medal went to Dash Black '24. Special congratulations to Laurel Carter '23 and Ellie League '24 for earning the impressive score of 59/60 on this challenging assessment!